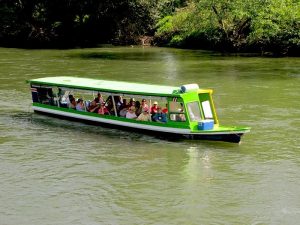 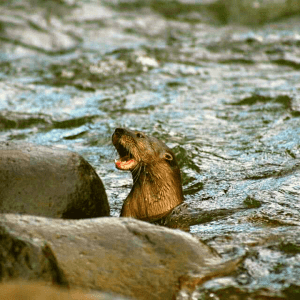 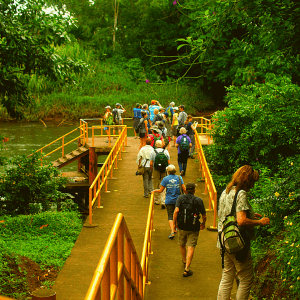 Explore the historical river of Sarapiqui on 2-hour boat tour. You get to see crocodiles, caimans, turtles, iguanas, toucans, birds of prey and more

Sarapiqui River boat tour, this tour begins when you get picked up in your hotel, we will travel to Sarapiqui river, located on the Caribbean lowlands. You will board a comfortable boat with your naturalist guide, and cruise along the Sarapiqui river to look for wildlife. On this tour, you can see crocodiles, monkeys, iguanas, sloths, basilisk lizards, turtles, anhingas, herons and a large variety of tropical birds. This tour is perfect for families with children, nature lovers, photographers and bird watchers.
Back to hotel

Yori River, the name given by the Votos people that inhabited these rich plains. According to Costa Rican writer and historian Carlos Gagini, Yori’s translation to Spanish is Sarapiquí. By the year 1915 Sarapiquí was only a district of the Heredia Canton.
The biggest town back then, now the 1st District of the Canton, which was known as Sarapiquí, adopted the name of Puerto Viejo. Already regarded as an important access point in 1856, as many ships bound for Costa Rica from Europe, it played an important role in the defense of national sovereignty when the 10th of April the filibuster army under the command of American Mercenary William Walker invades the country through Sarapiquí River but is defeated in the battle of Sardinal by Costa Rican forces.